Ten Picturesque spots in and around Paris 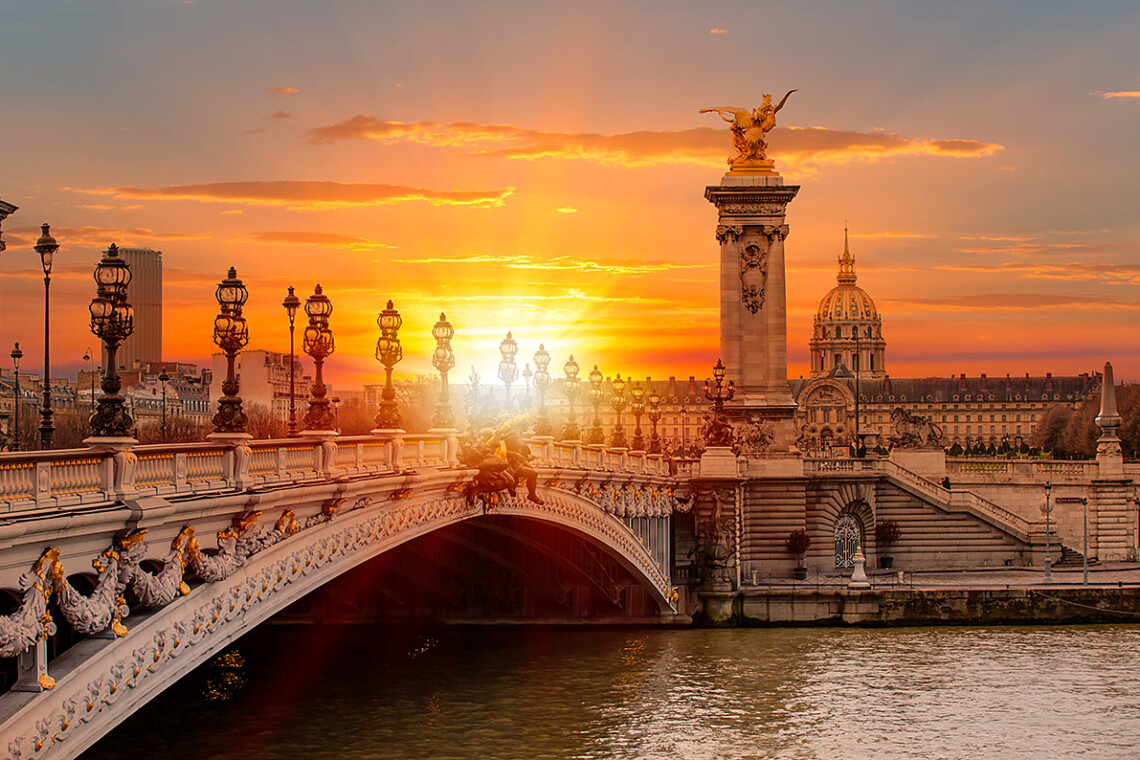 Paris is surely famous for all the right reasons. Also this digital era of Instagram and Pinterest makes it much more well known for the picturesque locations that it possesses. Paris is filled with scenic beauties, natural heritage, blessed with art, and adorned with greatest human made masterpieces which are hard to miss.

Ever wondered where you get to see all these beautiful images online when travelers come to visit Paris and your favorite influencer makes you drool over your screens with their aesthetic selection of locations for getting hands down one of the best pictures in the City of Love! 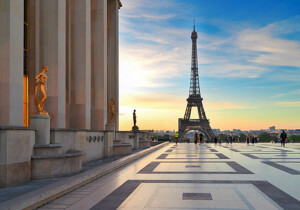 Enjoy stunning views of the Eiffel Tower from the Trocadéro, an expansive complex of museums, sculptures, gardens and fountains. Anchoring the space is the striking Palais de Chaillot, which houses museums dedicated to maritime history, architecture and anthropology.

In front of the Palais de Chaillot are the magnificent Trocadéro Gardens. Built for the 1937 World’s Fair in Paris, the gardens align perfectly with the base of the Eiffel Tower.

Today this beautiful space plays a role in popular seasonal events throughout the year, including a fireworks show each Bastille Day and an annual Christmas Market with an ice skating rink. Complete with beautiful fountains and an array of sculptures, the postcard-worthy views of the Eiffel Tower from Trocadéro Gardens are simply not to be missed. 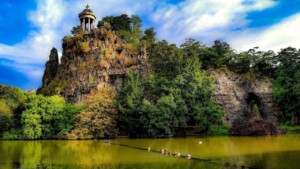 The Buttes-Chaumont Park, in the north-east of Paris, is one of the biggest and original green spaces in Paris, measuring 25 hectares. Its construction on quarries explains its impressive steepness and change in levels and heights. Visitors can appreciate stunning views of the city from this hilly setting, especially in the Montmartre district. The layout gives it a particular charm: caves and waterfalls, a suspended bridge, and a high viewpoint. It is brightened up with exotic, indigenous trees and numerous birds (seagulls, moorhens, and mallard ducks) share the area and enjoy the artificial lake. Entertainment for children also takes place in the park and there are break areas where you can get something to eat. 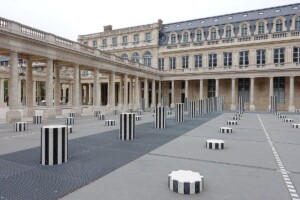 The Colonnes de Buren are officially known as Deux Plateaux. In 1986, the Ministry of Culture commissioned the sculptor Daniel Buren with their creation to adorn the Cour d’Honneur of the Palais-Royal. Deux Plateaux (literally 2 levels) originates in the basement of the courtyard in order to symbolize the link between street-level and underground Paris, both so rich in history.This was a way somehow to link past, present and future.

The 260 striped Colonnes de Buren are made of white Carrara marble from Italy and black marble from the French Pyrénées.These columns are truncated and of different heights, but they all have 8.7 cm wide stripes.

The Colonnes de Buren are placed in lines and turn the 3000m² Cour d’Honneur into a huge chessboard! No need to say that they were highly controversial at first, and still are! Many detractors argue that their ugliness ruined the beauty of the Palais-Royal. Indeed, the building is a listed Historical Monument. The columns were therefore installed ‘in a hurry’ and their inauguration skipped!

Ten years later only, water leaks and seepage in the basement, contributed to their degradation and they were falling apart. In 2007 Daniel Buren bitterly complained of the state of ‘extreme disrepair’ in which his columns were. 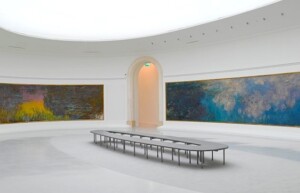 Home to numerous impressionist and post-impressionist painters over the 19th century and the beginning of the 20th century, the Orangerie museum can be found in the ‘jardin des Tuileries’, right next to the place de la Concorde. It displays the famous masterpieces of Paul Cézanne, Henri Matisse, Armedeo Modigliani, as well as Claude Monet, Pablo Picasso, Pierre-Auguste Renoir and many other artists of this period.

From Orangery to Museum

The name is not deceiving, the beautiful ‘musee de l’Orangerie’ is installed in an old orangery, built in 1852 to shelter the acidic citrus fruits from the ‘jardin des Tuileries’ in winter. Like all orangeries, the stone building was built in length, and was constructed in glass on the side of the Seine (to the south) and in bricks on the garden side (to the north) in order to conserve as much heat as possible. Its rather classic and simple decoration fits in perfectly with the area that surrounds it.

Converted throughout the end of the 19th century and the beginning of the 20th into a warehouse, military accommodation, and then a site for diverse demonstrations (sports, musical, and even patriotic), the former orangery finally fell into the hands of the administration des Beaux-arts in 1921. This organisation had big plans for the orangery since they wanted to use it to hold a part of the ‘musee du Luxembourg’ which is now the National Museum of Modern Art. 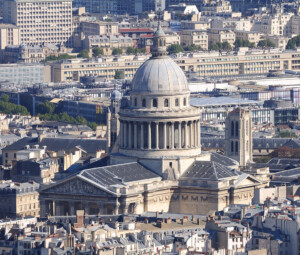 The Panthéon was the first major monument in Paris. It was built before the Arc de Triomphe and the Eiffel Tower, and was the first building that offered a panoramic view over France’s capital. It is located in the Latin Quarter, very close to the Jardin du Luxembourg.

The Panthéon was built between 1764 and 1790, firstly designed by Jacques Germain Soufflot and later by Jean Baptiste Rondelet. The Panthéon was created with the intention of combining the simplicity of the gothic architecture with the stateliness of the Greek architecture.

During the nineteenth century and depending on the political regime, the Panthéon was either used as a religious or as a patriotic building.

In the time of the Third Republic and coinciding with Victor Hugo’s funeral, the Panthéon’s necropolis was used to bury famous French citizens.

The visit of this landmark can be divided into two. Firstly, the interior of the mausoleum, where visitors will be rendered speechless by its sheer size and decoration, and secondly the crypt, that contains the tombs of illustrious French citizens such as Voltaire, Rousseau, Victor Hugo, Marie Curie, Louis Braille, Jean Monnet and Alejandro Dumas. 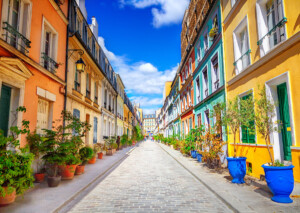 At one time this enchanting little cobbled street, hidden away in the 12th arrondissement, was a “secret place” few people knew about. These days, however, Rue Crémieux is an increasingly sought out haunt for fashion photographers, filmmakers, and people looking for something uniquely suited the color-saturated world of Instagram.

In many respects, this quaint throughway between Rue de Lyon and Rue de Bercy doesn’t really feel like Paris at all and is perhaps more reminiscent of Portobello Road in London’s Notting Hill, or Burano in Venice.

Amid the colorful façades, trompes l’œil paintings, and shuttered windows, are window boxes and terracotta pots filled with lush plants that add to the feeling you have somehow escaped Paris for a moment.

This is a residential street, albeit a very short one, but the homes are not large. In fact, on one side of the street, the building is little more than one room in depth. 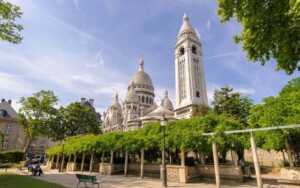 Once called Park Turlure after a former windmill on site, the square is terraced and provides some of the best (and perhaps most unique) views of the Sacré-Coeur. After all, fewer people wander around the back of the basilica, preferring to stop and photograph the ecclesiastical building face on.

But if you were to visit Montmartre, then remaining in the touristic spots would be your first mistake! The area has plenty of hidden gems to explore (not just the Sacré-Coeur and Place du Tertre) and its cobbled lanes are best explored on foot.

In the spring, Square Marcel-Bleustein-Blanchet is filled with blossoming wisteria, while in the summer months, the little park is the perfect place to enjoy a Parisian picnic, as well as a great place to stop and rest in the middle of a Montmartre walking tour.

Come the Autumnal season, the leaves turn golden hues and look magical against the backdrop of a sparkling Sacré-Coeur. So I guess, what I’m trying to say is that the Square is pretty photogenic all year ’round! 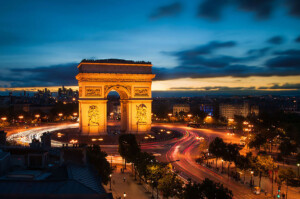 HISTORY OF THE MONUMENT

A unique viewpoint. From the top of the panoramic terrace, your eyes sweep over the whole of Paris.

The revisited Antiquity. Architect Jean-François Chalgrin was inspired by the Roman Arch of Titus in a single arch, but went beyond it by exceptional dimensions (about 50 m high, 45 m long and 22 m wide) and abandoning columns.

A key place of major national events. Wanted by Napoleon in 1806, the Arc de Triomphe was inaugurated in 1836 by French king, Louis-Philippe, who dedicated it to the armies of the Revolution and the Empire. The Unknown Soldier was buried at the base of the arch in 1921. The flame of remembrance is rekindled every day at 18:30. 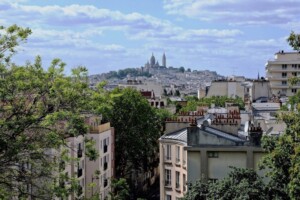 Perched on a little hill, 100m up, to the West of Buttes Chaumont, this micro-arrondissement in the 19e has all the charm of Parisian life without the people. If you’re looking for a place with peace and quiet, then this is it. All in all, there are only around 1200 residents, making this the kind of place that retains its village vibe in the heart of a modern metropolis

Named after Robert Bergeyre, a 19th-century French rugby player who died in 1914, the mount offers amazing views over the city AND one of the last remaining vineyards in the city of lights. It’s the perfect place to get a little bit lost on a lazy afternoon and forget that you’re in one of the busiest capital cities in the world. 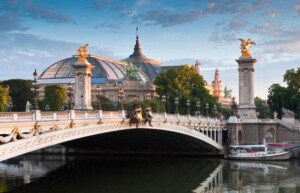 The Pont Alexandre III is a deck arch bridge that spans the Seine in Paris. It connects the Champs-Élysées quarter with those of the Invalides and Eiffel Tower. The bridge is widely regarded as the most ornate, extravagant bridge in the city. It has been classified as a French monument historique since 1975. 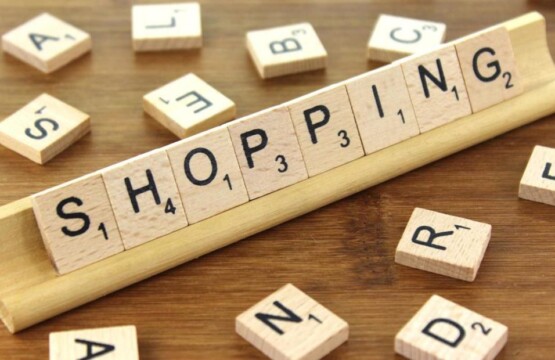 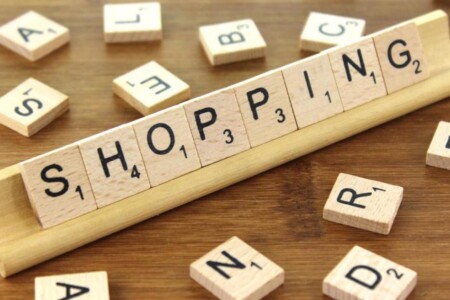 As I wrote in the previous article, pampering reminds me of shopping. It can be a whole lot of more fun when… 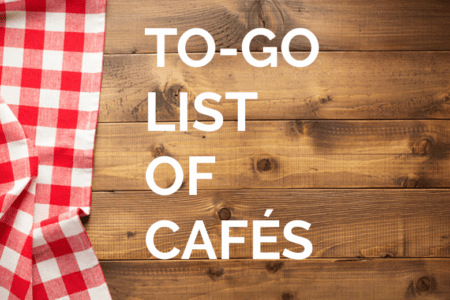 Didn’t you just read our previous article and get excited about this one? I’m sure you found your perfect place to study,… 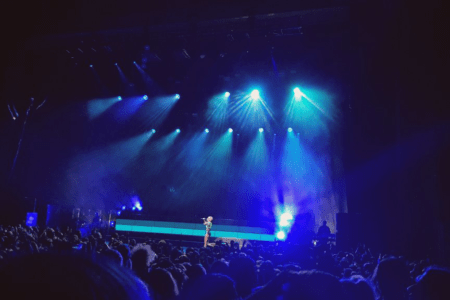 Making the Most of Your Singapore Stay

Ten Picturesque spots in and around Paris

9 months ago by Ankita Maddi

While for few, shopping with someone... Read More

Register with your email

Please enter your username or email address. You will receive a link to create a new password via email.