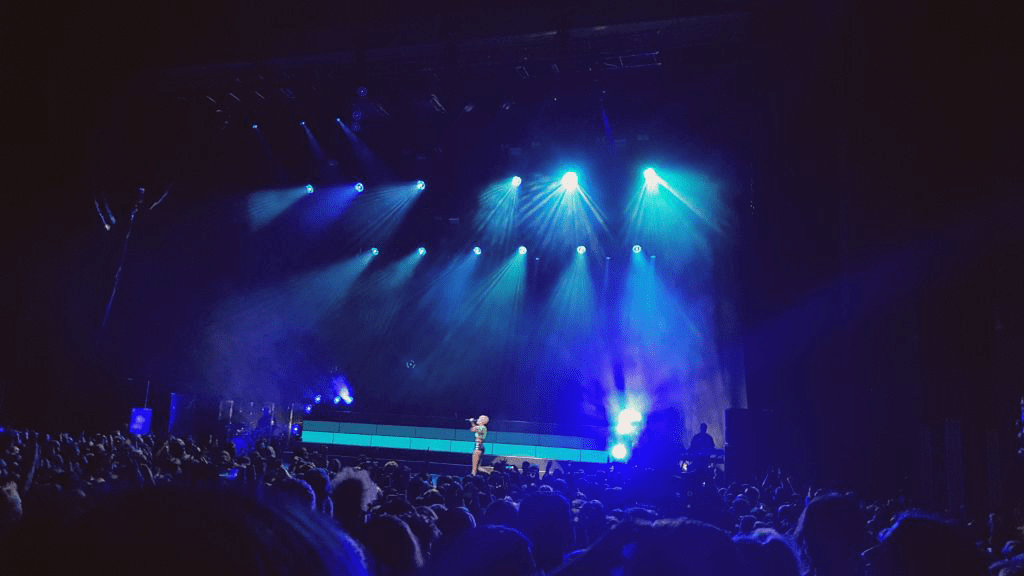 Making the Most of Your Singapore Stay

Up until now you read a lot about the cliché stuff to do; heard a lot about the famous Marina Bay Sands and its infinity pool; found out a lot about the local food from us; tried out a lot of activities; explored the streets during weekends. But is that all you can really do in a new country? NO, cause well, here’s the good news. You might be a die-hard fan of Ariana Grande, laugh your ass out every time you watch Trevor Noah or your favorite from your home country, just go in awe whenever you watch Federer smash the court. What if we tell you that, you might have a chance to see one of your favorites whom you’ve been dying to see? I’m sure that caught your eyes and took your breath away. Trust us, we’ve got you covered. Presenting to you the most exciting upcoming concerts, matches, stand-ups or any other performances which you wouldn’t want to miss. All at one place! Don’t you feel privileged? Well, yes! We love to pamper y’all with such exclusive and consolidated information. So watcha waiting for? Just Swipe Down (not right :P), cause trust me you’ll love the content and will end up Super liking it 😛

Why Don’t We is currently gearing up for their largest headline trek to date, the 8 Letters Tour. Don’t miss your chance to catch their breath-taking live performance. The prolific young group ranges in age from 18-21 years old and came to fame within 12 months of releasing their EPs.
Personally, my favorite is the ‘I don’t belong in this club’ with Macklemore. Can’t tell you how much I was hooked to this song. The beats, the video, the lyrics, PERFECT! So this is a golden chance for you to watch them perform in front of you if you’re a crazy fan like I am..

Singapore’ premier outdoor music and arts festival Neon Lights is back in Singapore and is happening on the 23rd and 24th November. This year it returns to the Fort Canning Park, taking advantage of the hill that creates the ‘amphitheater’ atmosphere in the most natural setting 😛 This year’s Neon festival is going to be exciting, so be ready to get your hearts racing at 200km/hr.
Well, I say this because, heading the main stage of the festival will be HALSEY! If you were one of those who still hasn’t gotten over the crazy, unapologetic lyrics songs, this is THE place you need to be during the weekend. Eastside, Closer, Without Me are just a few of my personal favorites to name! But roll your socks up as her only Southeast Asia performance will be happening exclusively for the Singapore public at the Neon Lights Stage. So, what are you waiting for? Click on the link below and book your tickets NOW.

YouTube and India’s comedy heartthrob is coming back to Singapore after 2 years with his unique blend of humor and music. Happening at the Shine Auditorium, the show is going to be a full house ultimate laughter hour! He’s ready to share his views on animals, birds and the laziness in the world 😛 yet again with his unique, cute comedy. If you’re still looking to have a perfect Friday night as the month comes to an end (and as the salary drops in your bank :P), rush to the website and book your tickets RIGHT NOW as it’s going to be sold out soon guys 😀

As the name suggests, this comedy night show is held at the F.R.I.E.N.D.S. themed café, Central Perk, once in a month or 2 months. These shows feature prominent comedians like Kumar. These nights are pure fun and especially about any topic, ranging from politics to race to food to life, all in a good sense though 😛
Do check out the schedule of the comedians and the shows from the link below. Apart from the Chandler comedy nights, you can also check out their latest or upcoming events. The Central Perk also hosts a Phoebe Open Mic and Ross Trivia Night. Trust me, it’s your moment to catch the perfect F.R.I.E.N.D.S. vibes accompanied with AMAZING food and drinks while casually chilling on the couch!!

Tickets: Comedy Night
Where? Central Perk Café, Central Mall
When? Varies every month
How much? From S$ 36

Before I write anything about this, just look at the name. It comes from the Merlion and them trying to associate it with the Merlion, this sunny island’s symbol! So, the name itself gives you welcoming feel right? Moving towards the comedy shows, these are held thrice every week. Yeah, that’s quite frequent right? That’s because The Merry Lion is the first full-time comedy club in Singapore. So, they bring in comedians from all across the globe along with the local comedians. Crazy part is, the show is 2 hours long, which is generally not the scene for stand up. Nevertheless, book your tickets in advance to avoid being bummed about not being able to attend! Also, if you’re an avid fan of stand-ups, you could consider buying their membership 😛 More details in the link below!

Tickets: Stand Up
Where? The Merry Lion Comedy Café and Bar
When? Thrice every week
How much? From S$25

6 Comedy at Canvas with Kumar [Comedy]

One of the most famous comedians, here in Singapore, is Kumar. You think of comedy and his name does pop-up. He is known as the Queen of Comedy and has been joking about politically incorrect truths and sexual innuendo for all the while he’s been around. His bravery to speak up on such sensitive and controversial topics is extremely popular. Oh and he loves to poke fun about all things taboo in Singapore too leh! 😛 He performs at the Canvas Club, which is an amazing place to hang out!

Tickets: Comedy with Kumar
Where? Canvas Club
When? Varies every month
How much? S$ 25 – S$ 38

Singapore’ clubbing and bar scenes are mostly sorted. It’s safe during the day and the night, so even if you stay late, it’s not a thing to worry about. But to give the usual bars and usual concerts a competition, Cool Cats has a “cool” concept of discovering craft cocktails inspired by the key moments in the history of Jazz music. That’s not it! You sip in these drinks while enjoying live entertainment by international artists. They say, “Cool Cats is where sophisticated tippling and premium entertainment proudly co-exist”. Isn’t that a badass statement to make in itself?

So, these were the top 7 places where I really think you should go. Some about the upcoming concerts and stand ups and a few which host frequent shows. If you’ve a weekend where you haven’t planned anything (most of our weekend :P), the comedy bars would be THE place to give you a kill for the Laughs! And definitely, if you’re looking for some adrenaline rush, book your tickets right away to the ‘Halsey’ and ‘Why Don’t We’ concerts and don’t miss your chance to be super close in experiencing watching all your favorite artists perform live.